The Foundation of Local Democracy organized a round table entitled "Prevent Violence" on October 6 2016 in Hotel Bosnia in Sarajevo.

The aim of the round table was to inform the representatives of the competent services and institutions about the existence of a system of prevention and protection against violence against children by presenting a multidisciplinary approach established through cooperation and coordination with relevant institutions, their services and non-governmental organizations in cantons in FBiH.

They spoke about the system of prevention and protection from the jurisdiction of the departments: education, social protection, police and health. This followed by a discussion during which through the constructive dialogue of all stakeholders, information on ways of better networking and co-ordination of the programs and actions of prevention and protection against violence against children was exchanged by all the stakeholders present at the panel, and concrete conclusions were made. 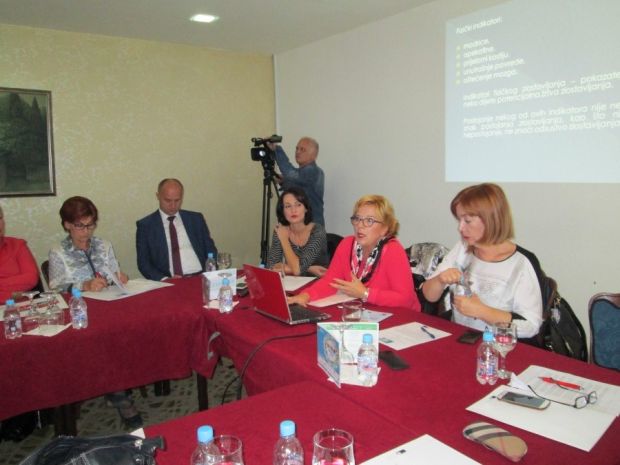 36 participants (representatives of institutions and non-governmental organizations), and all the relevant and key members of the Round Table, participated in the promotion and protection of women and children from domestic violence.

Have you already joined the Avon campaign to combat domestic violence?